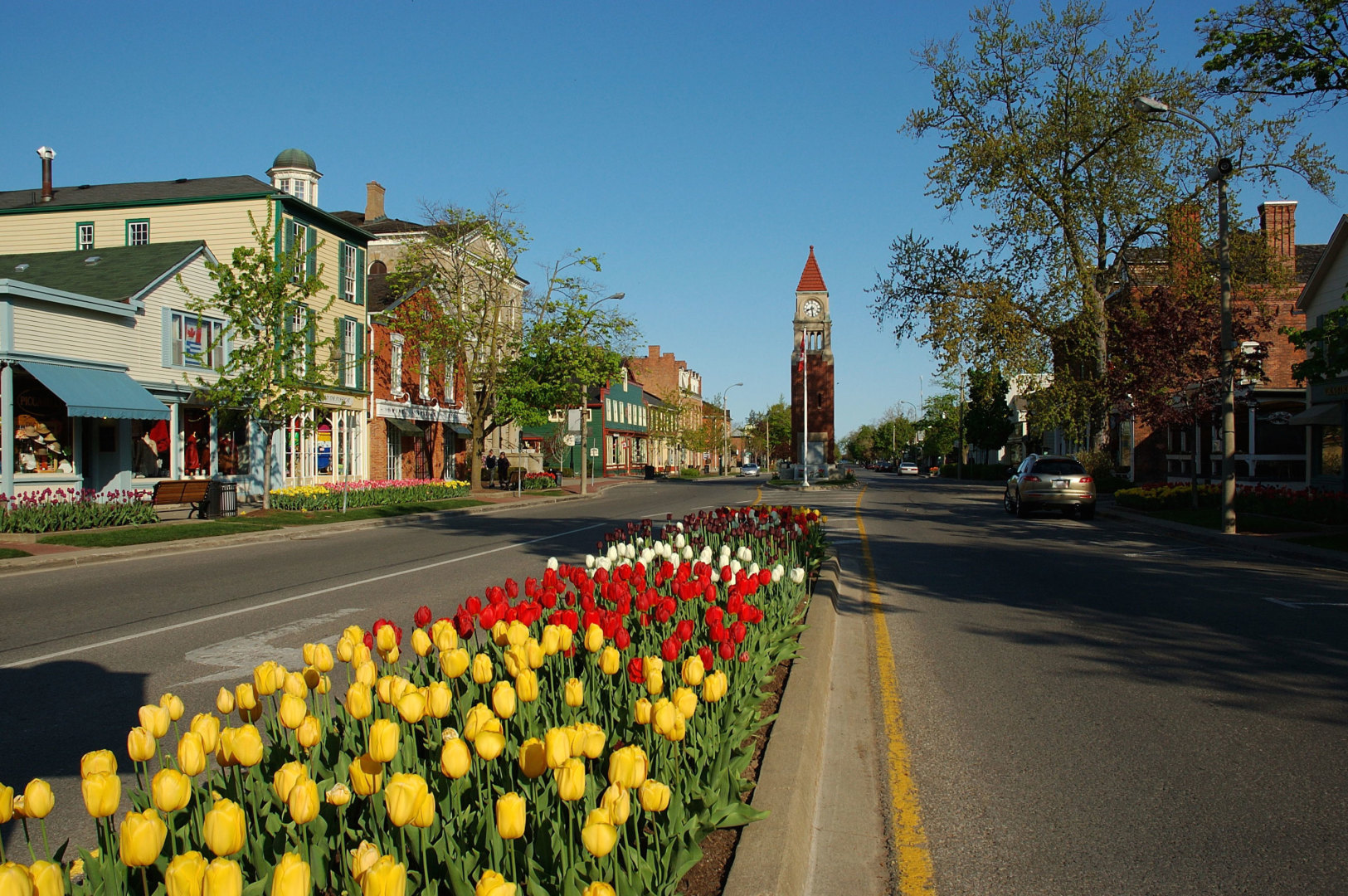 Walking down the main street of Niagara-On-The-Lake is like stepping back in time. NOTL is one of the oldest towns in Ontario with one of the richest histories. Situated in a stunning locale overlooking the south shore of Lake Ontario, NOTL was once the site of the Native village of Onghiara. The town was settled at the end of the American Revolution by British Loyalists fleeing to Upper Canada. In 1781 the British Government purchased the land from the Native tribe of the Mississaugas and the town, originally called Newark, was settled. It prospered economically until the Americans invaded during the war of 1812. The town itself was virtually destroyed except for Fort George which to this day still stands as a reminder of the historic battle. Today, 200 years after its settlement, NOTL is a growing commercial centre, with much to keep locals and visitors alike entertained, including the world-class Shaw Theatre, fine dining, shopping and a booming wine making industry. Take a carriage ride through town and you will see the many beautiful century old homes that line the main streets and give the town its quaint historic atmosphere. Among the many attractions to NOTL are championship golf courses, beautiful marinas, well-maintained public parks, sprawling farmland, agricultural markets and award winning wineries. NOTL is a thriving tourist destination that attracts thousands of visitors each year.  There are many charming bed and breakfasts, cafes, and high-end hotels such as the prestigious Prince of Wales Hotel that cater to tourists. NOTL is renowned for its picturesque vineyards and wineries nestled below the Niagara Escarpment which stretches along the Niagara River Parkway.  Each winery is unique and offers a distinctly different wine tasting experience.  Visitors to NOTL can join one of the many wine tasting tours and sample the best wines and finest cuisine that the region has to offer.